Rowan Oak are an under-the-radar Charleston band who caught our ear with their newest single, “Falsewall”, released on January 31st. Rowan Oak is led by South Carolina native Cory Cromer, who grew up in a small town near Aiken county. He’s been in Charleston for two years, and releasing music with Rowan Oak since 2016. He also writes and performs as a solo artist.

“Falsewall is about two people who pretend they don’t love each other,” Cory says. “It’s a ballad of bad faith.”

According to Cory, Rowan Oak is working on a new album that will include “Falsewall” along with the previously-released “Make It Right”. The band hopes to release the new album this summer, with a tour around South Carolina and Georgia to follow.

“The album has a definite concept behind it,” Cory explains. “I want it to feel as if
it’s a dream. A dream of floating in the middle of the ocean. But with more of a narrative than that. Everything will seem vague but you’ll get the big picture when you step back..hopefully.”

Listen to “Falsewall” by Rowan Oak below, and if you dig this check out their other releases on Bandcamp. 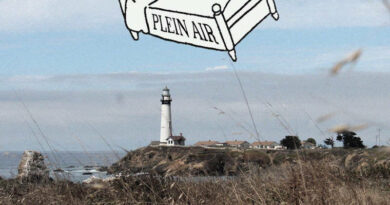