On Saturday, July 25th, the genre-defining indie rock band Built to Spill will make their return to the Music Farm. This will be their first Charleston performance since their last show at the Music Farm back in 2015, when they were touring in support of their most recent album, Untethered Moon.

Built to Spill has recently announced the May 1st release of a Daniel Johnston tribute album Built To Spill Plays The Songs Of Daniel Johnston. The album is dedicated to lo-fi music pioneer Daniel Johnston, who passed away in 2019. There has been one song released from the new album thus far, “Bloody Rainbow”, which comes from Johnston’s 2000 album Why Me?.

Built to Spill has been very influential to many indie rock bands that have started since their debut in the early 90s, including of course the South Carolina band of the 2010s, Secret Guest. 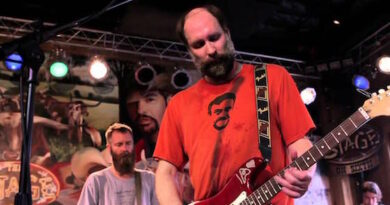