This morning, the new Greenwood, SC-based folk rock project The Old Earthquake released a whopper of a full-length debut, Loud Ones. The Old Earthquake is a duo consisting of Darby Wilcox & The Peep Show pedal steel guitarist, Steven Cathcart, and his wife, Mary Lyle Cathcart. Loud Ones is the first album of Steven Cathcart originals to be released in nearly a decade, since his former band I Am Carpenter released My God Clara back in 2012.

With the exception of the saxophone, the entirety of Loud Ones was recorded in the Cathcart basement, and mixed and mastered by Steven himself. This was Steven’s first venture into home recording, and as you might expect, he cites the process as a learning experience, although a positive one. He says that he hopes both to record more artists in his basement rig, and also that he plans to continue to record and release music as The Old Earthquake.

Loud Ones kicks in strong, and as the title suggests, loud, with “Soft Drugs”. It’s a pure rock n roll song that does a fine job introducing the husband-and-wife duo. Steven takes lead vocals here, with support from Mary’s voice hovering just beneath his in the mix. The vocals are done this way on most of the record, though there are a few songs on which only Steven sings, and one, “So Simple”, on which just Mary sings.

“So Simple” is actually the most unique, and perhaps the most interesting song on the album, and that isn’t just because of the prominence of the female vocals. Where most of the record fits comfortably under the umbrellas of folk and rock, with a little South Carolina twang, “So Simple” gets a bit more experimental, production-wise, and brings in an industrial element that isn’t heard anywhere else on the album. Perhaps future releases from The Old Earthquake will experiment more in this direction, especially as Steven gets more comfortable as an engineer and producer.

For a record called Loud Ones, though, there are quite a few songs that aren’t so loud. Now, this wouldn’t normally be an issue, but the album runs at fifteen songs and over an hour in length, and most of the slower songs are in the middle, which causes it to sag a bit. Nothing against long records, but it’s certainly a risk for a brand new project to release an album this long, especially as a first foray into self-recording.

Overall, Loud Ones is a fulfilling listen and is the starting point for what will become a bunch of cool new music coming out of South Carolina. According to Steven, he’s currently in the process of making a collaborative record with ex-members of Kopecky Family Band and Cavanaugh that will be released fairly soon. If you like this, stay tuned for that.

Listen to Loud Ones by The Old Earthquake below. 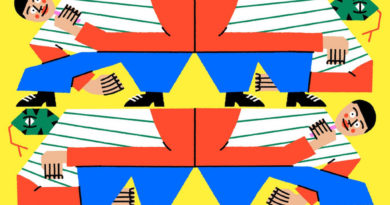 The Old Earthquake – ‘They Knew, But Didn’t Tell Us and Sold Stock’