The latest effort from The High Divers, Ride With You, changes up the formula while keeping the key ingredients. Only a year after the release of Chicora, there’s is no denying the fervor behind the new EP. Including only six tracks, the record is focused and inspired at the same time. When compared to previous material, it’s clear the band has taken a more polished approach to the music rather than rehash the rawness of past. However, this new take adds elements and allows for complexity to an already defined sound. Armed with producer Sadler Vaden, guitarist for Jason Isbell and the 400 Unit, Ride With You reveals a side to the band never heard before. Steering away from a blunt tone, The High Divers dig to new depths.

The title track takes a page out of Tom Petty’s book of rock and roll. Stripped back, each verse features vocals supported by chunking guitar and steady drums. The delicate piano runs fill some of the space. These accents build into a chorus that begs to be sung along with, opening the record on a high.

In a new headspace, frontman and songwriter Luke Mitchell becomes more vulnerable in his lyrics, contrasting with the brazen quality of his voice. Throughout the 23-minute duration, the EP carries a weighty feel, covering themes such as the throes of love, suicide, and self-worth. There is an underlying sense of empowerment on the record. An encouragement to overcome what life may throw your way, whether on your own or with some help.

One track that jumps out immediately is “Our Love is a Fire”, sung by Mary Alice Mitchell. The instrumentation is akin to that of a western, accenting guitar fills with a hint of reverb. Mary Alice describes a toxic relationship that lingers on, bubbling up to an eventual boiling point. The graceful calmness of Mary Alice’s vocal performance diverges from the theme and intensity of the song, making for a compelling listen.

My personal favorite track, “Talking to Myself” stands out most on this record. The melody rivals that of any current hit song on the charts right now, and the piano lines under the chorus accentuates so beautifully. There is a lot going on in this song, and a sense of urgency shines though. This one deserves to be turned up loud.

Ending with a bang, “Still Kickin’” is an ode to the persistence of the band. They’ve got something new up their sleeves and they’re ready to show it. A callback to their roots being driven by guitar and heavier drums, featuring a catchy chorus. The real meat of this EP lies in the middle, but each track deserves a spin. 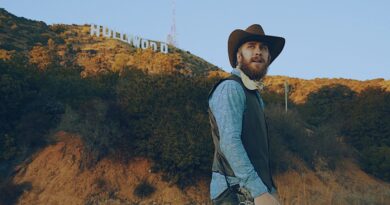 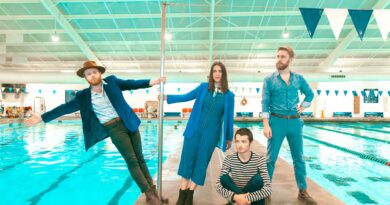 The High Divers – “Ride With You”