Jailan Williams is a College of Charleston Arts Management student and musician originally from Florence, SC. Last month, Jailan and his friends Chuck2x, Neno Casanova, and Ashton Lowery released their first song together, a hip-hop track called “Losing Grip”. The creative process was a collaborative effort between the four of them at Neno’s studio, with Jailan singing the hook and playing bass, Neno and Chuck contributing verses, and Ashton playing guitar, and together they completed the song in about three hours. They’ve tapped into a good vibe here, and according to Jailan the group plans to collaborate more in the future, potentially for a mixtape or an EP.

Jailan grew up playing the trombone and was part of the school band at South Florence High. As he got more into music, he learned how to play bass, and when he got to CofC he picked up some piano and learned a bit of the technical side of music production. He says that he’s still learning, and through his Arts Management and Music studies at the College of Charleston he’s been able to focus on his craft and what he wants to do with it even more. 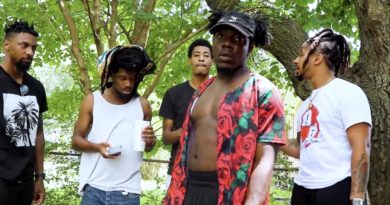