On Friday night, I took a trip out to Matt Tuton’s John’s Island studio, The Lab, to hang with Walter Brown and co while they worked on a track off Walter’s upcoming album. The album will follow Walter’s 2018 release, IMOW, which we felt was the all-around best South Carolina hip-hop album of 2018, and which dropped in at number 4 overall on our best SC albums of 2018 list. Walter played a headlining set at the inaugural Extra Chill Fest, and has been busy in 2019 thus far recording music, releasing music videos, and even driving out to Texas for SXSW last month. According to Walter, we can expect to hear the new album this summer.

The track that Walter Brown and Matt Tuton were working on this past Friday night is nothing short of a banger. Since the plan was to make a club hit, Walter had invited some friends to come out to The Lab and get the vibe going. When I showed up with a case of beer around 9:30pm, things were just getting started. Walter himself doesn’t drink (he hasn’t for 8 years), but the rest of us cracked open a few cold ones and Matt fired up an early demo of the song that they would be fleshing out.

After listening to the demo a few times, Walter and Matt jumped right into tracking vocals, starting with a catchy, upbeat hook that builds into the first verse. The most notable aspect of the whole session was the way that Walter and Matt worked off each other’s strengths to try and make each take better than the last. Between each vocal take, Walter and Matt would have a discussion about how the part should sound, from the timing to the intonation and the energy that they’re trying to capture. The process is a very collaborative, team effort for both Walter and Matt.

While Walter focuses on honing his artistry and getting the right take, Matt peels back the layers of the track in search of the essence behind it, and tries his best, between sips of Pabst, to explain what he found. Matt accomplishes this not only by speaking, but also by singing. Matt’s background in vocals comes from mostly from singing in hardcore bands (most notably The Hundreth), but he also studied Composition, Orchestration, and Theory at the College of Charleston, so he knows how to talk about music on a technical level. He does a good job explaining the abstract things that are going on in his mind in a relatively clear way. Walter takes that, converts it into his own format, and spits it out into the microphone.

Walter and Matt continued cutting vocal takes until they had recorded all three of the song’s verses, which all change in style along with the beat that builds to a big electronic drop. Matt made little tweaks to the beat over the course of the night — cutting a snare here, adding some keys there — and Walter’s vocals continued to evolve along with each tweak of the beat. When the verses were done, they went back in and recorded harmonies with a bit less intensity to sit below the vocals in the mix.

Instead of letting the beat ride out at the end of the song, Matt wanted to add an almost operatic vocal outro. Walter’s voice was too deep to reach the high octaves that Matt had in mind, though he did make an attempt. What started as Matt coming into the booth to record a track for Walter’s reference became a one-take falsetto sung by Matt Tuton that made its way onto that night’s final version of the mix. Matt added some electronic distortion later on that gave it an extra push, but his voice is the one you’ll hear on that song.

“I feel like I be you and you be me, at certain times,” Walter says to Matt.

While Walter and Matt worked, the surrounding crew drinking beers in the studio gave input and asked questions that helped fuel the creativity. The vibe in the studio was continuously more excited as everybody heard the different pieces coming together. A few more people showed up, and the crew made a beer run because supplies were running low. Matt put the new track on repeat for a bit, still making changes as he was able to listen more and more deeply. Eventually he focused in on the first verse, and had a new idea about the timing that required a new verse to be written. He wanted it to hit harder and grab the listener’s attention right from the start. The verse in question was too laid-back to accomplish that, and it started too late to fit into the right place in the beat.

Instead of calling it a night, the studio crew pulled out notebooks and pens and gave Walter some supplies to write a new verse on the spot. Matt put the hook leading into the new verse on repeat, and Walt went back into the booth to put words to paper. While he wrote, Matt took a break to drink some more beer, and we debated for a few minutes about the best Conor Oberst album, and whether or not his solo stuff is better than his work with Bright Eyes. After about thirty minutes or so, Walter came back into the control room with a freshly-written verse catered to the vibe that Matt had pictured.

When Walter sang the new verse for the first time, it hit well, but Matt pointed out that he sounded almost like Darius Rucker. He played it back again and Walter laughed and agreed that he kind of did sound like Darius Rucker there. It wasn’t only the tone of Walter’s voice, but the lyrical content also had an almost country, pop music lean. That led the pair into a discussion about what genre of music, exactly, that they were making. Matt felt that it had evolved past rap music, which he also felt was a good thing.

“I don’t feel like I’m making rap music or rap songs,” Walter says. “I’m just getting into me, man.”

With this conversation in mind, Walter hit the verse again with a voice that was more of himself, and less of Darius Rucker, and when he finished, the whole room could feel that it was right, at least in terms of his voice. The hype was building, and Walter and Matt were able to feed off that energy, which fed back into the room in return. Walter fine-tuned the verse a bit, and he was stuck at a two-syllable spot at the end where he wanted to convey an image of a wet vagina using a metaphor. The whole room gave input and ideas, and Walter made his way to the final version that uses the words “bed sheets flowin’ water”. The take after he wrote that line sent the room into an eruption of hype.

Walter hit one more take and then came back to the control room for another listen. He liked what he heard, but there was a low point in the beat that needed something else to make it shine. Walter wanted clapping, and not from a synth. He wanted actual clapping. Matt was hesitant, but he grabbed the microphone from the booth and brought it into the control room for all of us sitting there on the couches to clap on the track. By this point the beer was really flowing, and we couldn’t all clap in unison if our lives depended on it. To combat this, Matt put some headphones in, played a metronome, and stood up in front of the room to direct us. We all clapped in unison and on beat on the second take after that, and it fit in the mix exactly where Walter had described.

“Yeah bro, thanks for being here. Thanks for the energy,” Walter says.

The room clapping was a release of energy, but Walter and Matt continued on into tracking harmonies for the new verse. Things were starting to wind down at The Lab, and when they hit a stopping point for vocal harmonies Matt decided it was time to listen to something else for a bit. He fired up a few tracks off Beyoncé’s 2012 self-titled album, most notably “XO” and “Haunted”, and talked a bit about the influence that the production on those tracks has had on his style.

We closed out the night by listening to two more mostly completed songs that will be on Walter Brown’s next album. If you thought IMOW was good, just wait until you hear what they’re cooking up at The Lab. 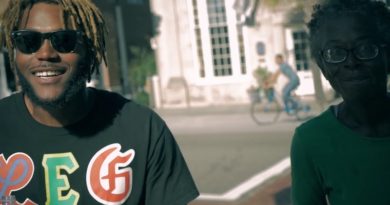 Walter Brown – “Do My Own Thing” (Video) 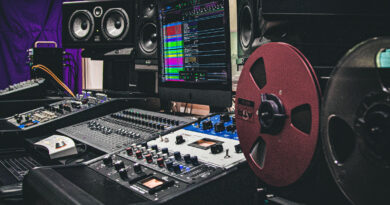 Charleston Recording Studio The Lab to Give Away Free Studio Time 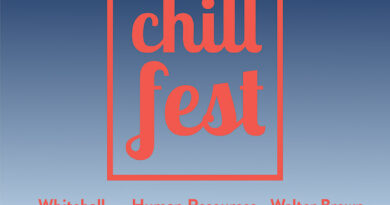 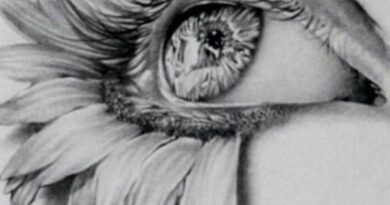