Hello My Name Is is an art exhibition that opened at Redux Contemporary Art Center on Friday, January 25th. Curated by Charleston artist and photographer Andrew King, the exhibition features the varying visual works by artists Anna Hopkins, Heather Thornton, Jonathan Rypkema and King himself. Along with the visual works hung on the walls, the center of the space is used for a multi-sensory, multimedia installation. Local musician, Dakota Bristow, wrote and produced the track “this medicine makes my teeth feel like sand” that accompanies the installation space.

The space is a twenty foot wide semi-circle created from old palmetto leaf bases suspended with monofilament. At the center of the space is a circular wooden bench not only to invite one in, but also to take a moment and stay to experience the twelve-minute audio track which pans amongst eight speakers that are suspended around the circumference.

Bristow explains how he and King sought to “juxtapose nature and city” through visuals and sounds. The old leaf bases are spray painted red, purple, and two shades of blue on one side, then gloss varnished on the natural exterior, changing their form to look like a man made, mass produced commodity. The audio compliments this paradox stunningly. It is split into three parts; initially with only field recordings (consisting of birds, water, crickets, traffic, construction, skateboarding, and conversation to name a few), which leads into a synthesizer soundscape that fills one with a sense of nostalgia and contemplation. The third part of the track – an upbeat tempo, brings the whole audio full circle, returning the listener to the feeling they entered the space with.

You may recognize the name Dakota Bristow from the band Dakota O, who played at Extra Chill Fest in 2018. For that project, Dakota individually recorded each instrument, layering the parts for the studio tracks. The full band on stage held upwards to eight people. While Dakota is comfortable working with multiple parts, developing the movement of sound through the eight speakers for the exhibit was a completely new approach for him. “Imagine if you had eight ears” Bristow says, “it gets confusing but it got easier the more I worked on it”. He mixed the tracks using the program Logic, and explains the panning was developed using a lot of tedious automation and getting the timing accurate to the mere tick-mark during this project.

King’s inclusion of Dakota in this exhibition was fully intentional. “I was not only a fan of Dakota O as a project, but I knew Dakota could conceptualize an entire sound”, says King. King hopes this exhibition inspires future collaborative work among fellow artists in Charleston. The exhibition is on display until March 9th. Redux is free and open to the public, located at 1056 King Street, and open Tuesday through Friday from 10am – 6pm and on Saturdays from 12pm-5pm. 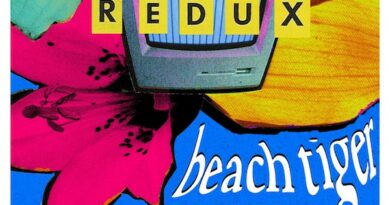 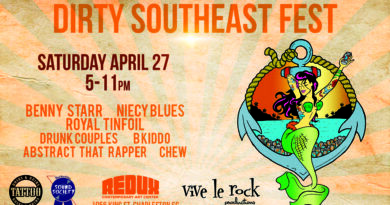 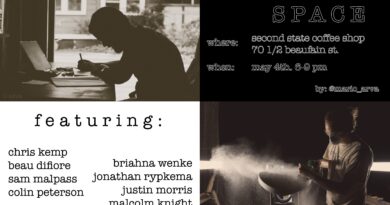 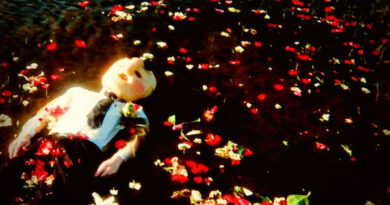 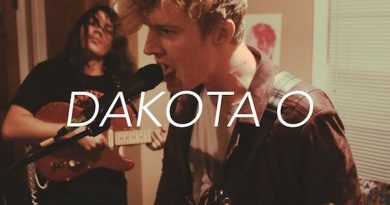