Columbia indie rockers Daddy Lion recently premiered the official music video for their song “Dionysus” with our friends over at Scene SC. “Dionysus” comes from the band’s 2018 album Learn to Have Nothing and You Will Have Everything, and the video follows the “Storm” video that was released over the summer.

Daddy Lion was originally started as a solo project in frontman Jeremy Joseph’s D.C. bedroom, and became a full band in 2011 when Jeremy made the move to Columbia to study at the University of South Carolina. Learn To Have Nothing and You Will Have Everything was the band’s full-length debut album, but there have been seven albums and EPs released under the project name Daddy Lion. Check out the full Daddy Lion discography on Bandcamp here.

Watch the “Dionysus” music video below. 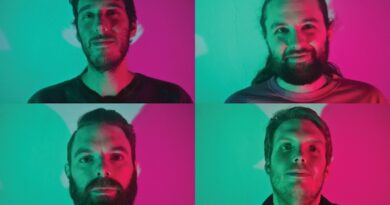