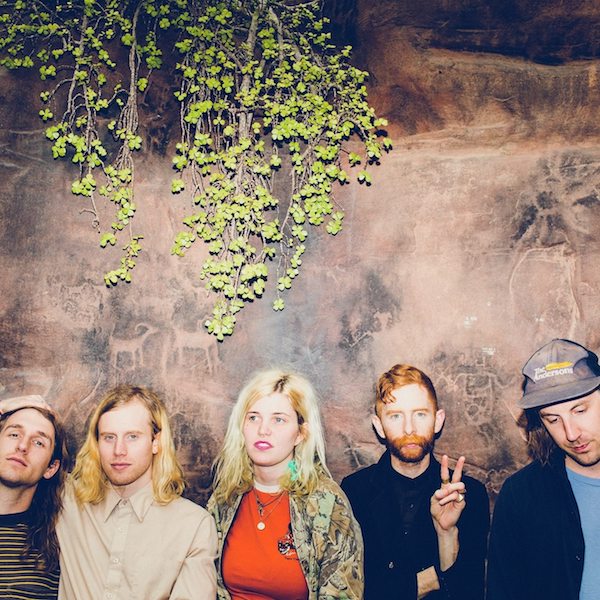 After being a band for more than ten years, Saintseneca is finally coming to play a show in Charleston. Their Charleston debut will happen on Wednesay, May 9th at The Royal American, where they’ll be joined by Carolina favorites Gold Light and Tom Angst. Saintseneca has just embarked on a tour with Hop Along (who just released a new album called Bark Your Head Off, Dog), and will break off from the touring caravan for a one-night stop in Charleston.

I linked up with Zac Little, frontman and founder of Saintsenca, for a quick chat in advance of the show. Saintseneca has completed a new full-length album and are gearing up to release it in the near future. Zac gave me some background about the new record, as well as some insight on how Saintseneca works from a creative standpoint. Read the full interview below.

I noticed that you posted on your Instagram about being a band for ten years now. When you first started out, did you ever think that you’d be going on international tours? Can you tell me about how everything unfolded?

I don’t think I had any expectations for it at all. It was just kind of me and some friends from childhood at that point. We had always played in bands together, and we started another band and it just kept going. At this point I’m the only person from that original lineup. It’s taken on a lot of different formations and incarnations over the years, people have come in and out, and all kinds of different things.

Is there a specific time that you remember thinking, “Hey, I think we might be on to something here, people are starting to pick up on this”?

I don’t know that there was a singular moment. It was interesting because at that first show, which was just recently ten years ago or so, I was playing in this other band, and both bands played that same show. That other band had been rehearsing really hard, and put all this stuff together. Then there was Saintsenenca, and while we had been friends for a long time it was a bit more casual.

It’s one of those ironies when you work really hard at this one thing, and then the other project you’re just kind of hanging out with your buddies and put something together, and you both play. And then I felt like people just responded, like there was a little more energy and enthusiasm behind Saintseneca.

Eventually the other band just fell apart, as bands often do, and Saintseneca just kept picking up. Very gradually gaining momentum and building and growing, and we kept writing songs and moving forward. It’s seldom a totally linear thing, you know? It’s more like a winding path. It’s something I kept feeling inspired to do. It offers a lot of creative possibilities, and I’ve always just stuck with it.

Are you still in any other bands, or do you just stick with Saintseneca now?

It’s pretty much all I’ve done at this point. My bandmates are all in more bands, and they have multiple projects, but I’ve always just kind of just done this.

Do you still write your songs in the same mindset, or the same way as you did ten years ago? Can you tell me how your songwriting and creative process has maybe evolved or grown over the years?

I think there are similarities, but obviously you want to push yourself and try different things as well. I’ve always looked at songwriting as a process of unearthing a thing. An analogy I like to use is that you’re discovering something, digging up a dinosaur skeleton or something like that. You might start digging in a certain area, noodling around on a guitar, but maybe it’s not fully realized, or you’re not sure exactly where it’s going.

But then it could be this thing, where two years later you’re playing the mandolin, and you realize “whoah, wait a second, this is totally connected to that little riff or whatever that I was working on the guitar”. And you realize it was maybe a little finger bone, or whatever, that’s all of a sudden connected to this huge T-Rex skeleton, and it’s a much bigger, realized, full thing than you could have imagined at the time.

I feel like that process of trying to unveil a song, to discover something that feels like maybe it already exists, is the consistent part of the process. The things that have changed over time are the tools that I use to dig, or where I start digging in the first place. When we first started I never thought I would use a drum machine, or synthesizers or something like that. The sonic palette has grown and expanded and can encompass things, like now I can use a banjo and a drum machine in the same song.

It’s funny you mention using multiple instruments. I have a couple questions about this. Let’s say, like you said you’re noodling around on a guitar and you find something you like on the guitar. Have you ever taken that part and transferred it over to another instrument and played it on there instead? Does that happen often?

Oh yeah, absolutely. You know, some songs you write quick. Then there are other songs, and I’m not saying this is a good thing, but I’ve got songs that took like eleven years to write. For instance, there’s a song on our new record that started as a riff on the bouzouki, which is kind of a giant looking mandolin instrument. I could never exactly figure out how to realize it, and then later on I came up with a vocal melody that was on the guitar, and I really liked it, but I felt that it needed something more to bring it to life.

And then, eventually I was playing the mandola, which is basically what the viola would be to violin, the mandola is to mandolin. I realized that the riff on the bouzouki and this melody that I was singing with the guitar can find this life together. That process brought all the pieces together and coalesced in one song. So yeah, there’s definitely an element of using all these different tools and transposing and combining things to find the whole.

Okay, let’s go deeper into that. Let’s say you and the whole band are together and maybe fleshing out some songs. Do you guys have multiple instruments in the studio, or in the room, that you might pick up and play the same song with another instrument and just see how it sounds?

Sometimes. It kind of just depends. The way we arrange songs as a band can also change. Sometimes I’ll come to the band with a very specific thing. Other times, it’s good to open it up, and deconstruct it a little bit, and allow the thing to be assembled and arranged by everyone. I guess the idea would be something that transcends what any individual can do on their on own. If you’re gonna work with other people, and that’s what this project is, even though maybe I’m the person who gets it going, gets it moving, I think it’s important to maintain this idea of letting other people in. There’s a certain vulnerability that comes with that, but I think it’s an important part of the process.

Are there songs off your early records that you play so much differently now that so many years have passed that they sound like new songs, or have been evolved into new forms that you like much more now?

Yeah, I mean we definitely do that. Our setup, as far as the practical way that we perform or present the songs live is really different from when we first started. When we first started it was kind of a bluegrass, all acoustic thing. When we did amplify the sound, it was just through gathering around condenser microphones. Now it’s a bit more robust and loud, and there are full drums and it’s got a rock vibe at times, and things like that.

Taking some of those songs that are a bluegrass setup, and channeling it through a psych rock band, yeah, you know, things like that happen. I like both versions, usually. I think that sometimes you have to find a way to connect to the song so you can present it in a way that feels earnest and honest. If you keep doing the same thing forever, you can lose a little bit of that spark. I think rearranging the songs or reinventing them and how you perform them live helps you stay honest and connected to whatever that material is.

One last thing: how did y’all link up with Hop Along? Is there a special way that you guys met?

We’ve known them for a long time. We played with them for the first time probably about five or six years ago at a little house show in somebody’s living room in Atlanta, Georgia. That was the first time I got to see them live. I was always impressed with them and enjoyed going to see them when I had the opportunity. When we go and play in Philly sometimes we’ll see them at the shows and everything. We maintained those connections and friendships over the years, and it just worked out this time to do some shows together.

Saintseneca recently put out a new single called “Moon Barks at the Dog”, which may or may not be featured on the upcoming album. The band has yet to release any of the album’s official singles, or make any announcements surrounding its release. On this subject, Zac said, “that’s all part of the mystery.” He did make clear, however, that the album is completed and ready to roll, and I’d be willing to bet that they’ll be playing some of this new material on tour.

Tickets to Saintseneca, Gold Light, and Tom Angst at The Royal American are $8 at the door. This is going to be an awesome show, and you won’t want to miss it. 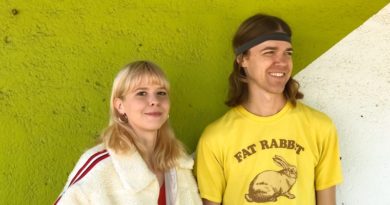 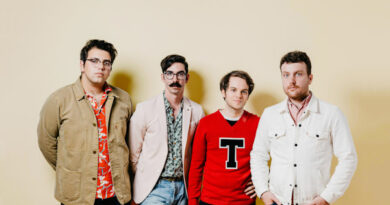