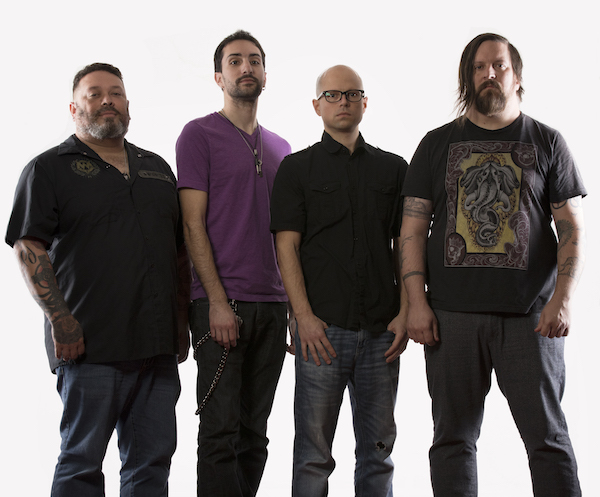 For Jupiter Down guitarist Austin Livingston, music is a way of creating imagery for the listener. As the album title suggests, the band’s first album The Hell Inside My Head explores themes of anxiety and depression through a lens of progressive instrumental metal. The album was recorded with Eric Rickert at Ocean Industries.

The inspiration for The Hell Inside My Head came from Austin and several of the other band member’s experiences with anxiety and depression over the years. It’s a concept album that starts out on the dark side of depression, and much like a person struggling with the ailment goes through several phases before coming out on the other side. The record reaches peak intensity in the middle, with wailing guitars and breakdowns on “Tears and Shadows” that melt into lighter, more melodic tones for the second half of the album.

Jupiter Down has decided to donate a portion of proceeds from The Hell Inside My Head to The Invisible Illnesses, a local nonprofit dedicated to furthering awareness about anxiety and depression. The nonprofit was founded in 2016 by College of Charleston Graduate Emily Torchiana, and since then spread across the nation, allowing those affected with anxiety and depression to tell their stories.

Jupiter Down tells a story, too. Not with words, but with music. Stream The Hell Inside My Head below.