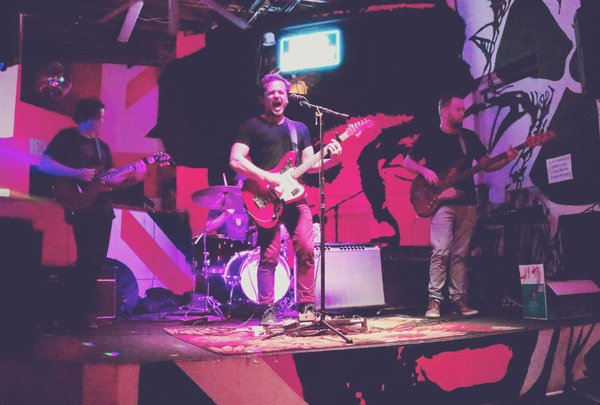 When Cameron Christensen finished his Master’s in Education from the College of Charleston, he decided that he wasn’t going to be a teacher, after all. Cameron instead decided to chase his longtime dream of a career in music, and called up his old pal Cameron Spell. Cameron & Cameron played in a crappy college band together called The How 2’s, and they linked back up this past year to start a new band called Deaf Dogs.

With a lineup in place and a handful of songs written, Deaf Dogs was ready to play their first show. They had picked up another old friend, Cosby Cottrell IV on bass, and the Right or Wrong studio drummer, and had been practicing like crazy for the Jyve Battle of the Bands at JohnKing. Things were looking good, but one week before the show their drummer fell off the face of the earth. This threw a big wrench in their plans, but they were able to pick up Tyler Hall of Riot Stares as a temporary drummer. Tyler is still playing with Deaf Dogs today.

Christenson showed a few demos to Matt Tuton at Right or Wrong Studio, and then they booked some time to record their first EP, A Means To An End. The first single off the upcoming EP is called “For Gold”, and it is now available for your listening pleasure. “For Gold” was actually written back when Christensen and Spell were sophomores in college. It was one of their favorite songs to perform live, so they decided to fine-tune it for the first official release from Deaf Dogs.

You can stream “For Gold” by Deaf Dogs below, and catch them tonight at Tin Roof with Dead Swells and Youngster. 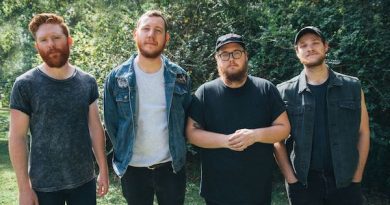