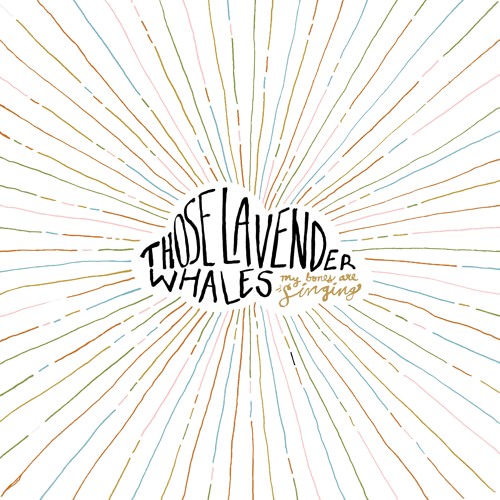 On Friday, April 7th, Columbia-based indie pop band Those Lavender Whales will release their new album My Bones Are Singing with a record release party at New Brookland Tavern. The next night (Saturday, April 8th), they will head on down to Charleston for a show at The Royal American with Dear Blanca, Youngster, and Faline. My Bones Are Singing was recorded both with Chaz Bundick of Toro Y Moi in Berkeley and at singer and songwriter Aaron Graves’ home in Columbia. What resulted is a heartfelt record with a direct and personal approach to songwriting, with layers of eerie instrumentation that nicely accents the album’s lyrical prowess.

In early 2014, Aaron Graves was diagnosed with a rare type of brain cancer that required strenuous and dangerous treatment that wasn’t even guaranteed to work. Aaron’s struggle with cancer lies at the root of My Bones Are Singing, and the album’s dark and existential themes are a result of the uncertainty that he felt at the time. Despite not directly mentioning the illness in the lyrics, there’s an overarching vibe of questioning that spans the entirety of the record that makes it a great fit for a long night of introspection.

One aspect of My Bones Are Singing that really appeals to me is the continuity that is achieved between tracks, with allusions to songs that come further along in the album. Often Graves will call upon a particular tone, or lyric, and he manages to weave threads of this allusion throughout the record as a whole. This has an almost entrancing effect where you just zone out and stop noticing that one song has ended and the next has begun.

The most obvious example of this continuity comes in the second half of “How To Cook Everything”, when distortion builds and builds while Graves chants “I saw the owl and he called my name” which is almost exactly the title to the next song, “The Owl Called My Name”. At the same time, the “Whoop Whoop”s that he sings in the background sound like a darker version of the ones he sings earlier on “I Feel Like”. This creates a feeling of wholeness, but also has a sort of disorienting affect that goes hand in hand with the Aaron’s lyrical themes of uncertainty.

Stream My Bones Are Singing by Those Lavender Whales via Spotify below, and don’t miss their show at The Royal American tomorrow night with Dear Blanca, Youngster, and Faline. Aaron and the gang will probably play this album straight through, but don’t quote me on that.