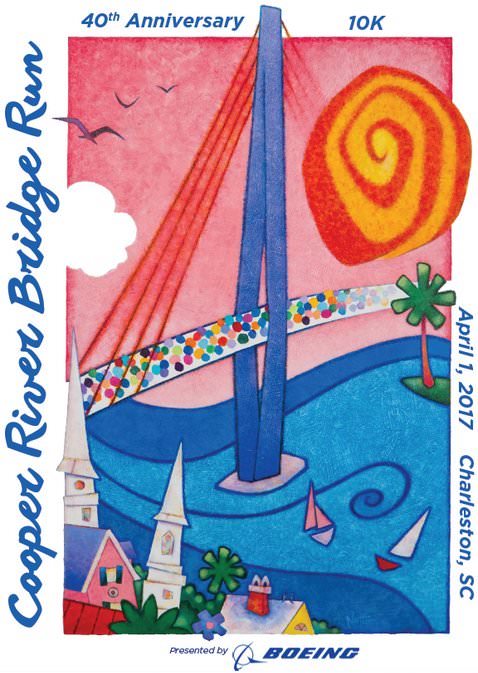 This year’s Cooper River Bridge Run is this coming Saturday, April 1st. The bridge run is a huge 10k race that starts on the Mount Pleasant side of the Arthur Ravenel Jr. Bridge, aka the Cooper River Bridge and finishes with a final stretch going south on King Street. Thousands of people will flood into Charleston to participate, spectate, and enjoy the festivities centered around the Bridge Run. For locals it means even more traffic and tourists than your average Spring weekend, and it’s an extremely busy weekend for businesses all over the city.

Local music nonprofit This Is Noteworthy is the official music provider for the Bridge Run, and this year there are 21 bands scheduled to play during the 10k race. The bands will be spread across the race course at carefully planned intervals so that you’ll always be hearing live music while you run the race, and the moment you get far enough away that one band fades out, the next band will fade in. The bands will be positioned for the entirety of the race, so runners and spectators will be accompanied by a live soundtrack.

Among other things, This Is Noteworthy helps to foster connections between students and musicians through their education outreach program. The program gets a group of 15 to 20 students involved in a year-long hands on music industry experience, and one aspect of that experience for those students is helping to book the bands for the Cooper River Bridge Run.

This Is Noteworthy also teamed up with GigDawg, a music booking app created by College of Charleston graduate Adam Helms. GigDawg plans to release a beta version of their app at the Bridge Run that will allow runners and spectators to view the bands that are playing and their future gigs. GigDawg helped to organize a Battle of the Bands on the USS Yorktown where many bands came together to compete for a spot on the 10k course.

In addition to the Battle of the Bands, GigDawg also helped to facilitate the donations contest in which fans were able to make donations for their favorite band to be included on the Bridge Run lineup. Winners were selected based on who received the most donations, and who received the highest dollar value in donations. Most of the proceeds were donated to This Is Noteworthy’s programs like CHARM (Charleston Healthcare Alliance for Regional Musicians), and the rest was split between the bands.

Here’s a cool little video that explains CHARM, put out by This Is Noteworthy with the help of GigDawg, featuring Justin Osborne of SUSTO, John Kenney from The Royal American, and Becca Finley from This Is Noteworthy. Below the video you’ll find the the list of artists who will play at The Cooper River Bridge Run. Many of them are from Charleston, and some have been featured on Extra Chill in the past.

Have fun this weekend, and keep your eyes open for an announcement from GigDawg in the next few days!

What is the Charleston Healthcare Alliance for Regional Musicians? 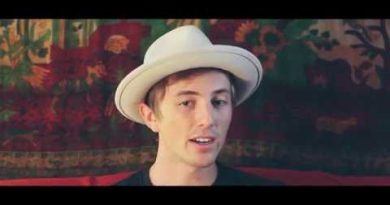