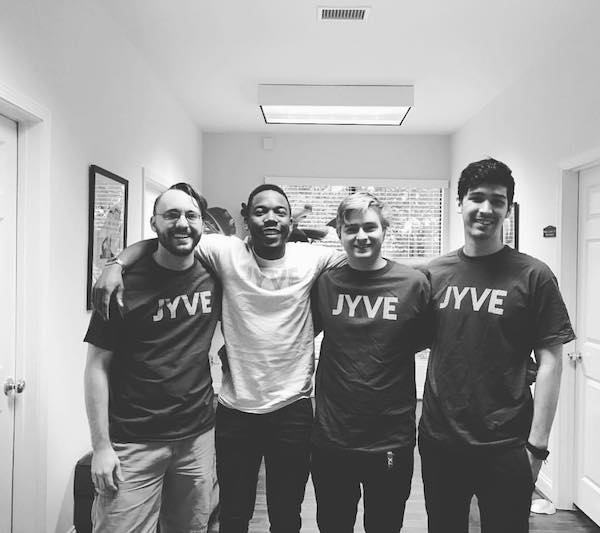 It’s now a few weeks into the lifetime of Jyve, an app started by College of Charleston graduate and musician Brandon Brooks. We had a chance to speak with Brandon about his vision for the app and how he feels about where he stands thus far. Below you’ll find the Q&A Session. Thank you to Brandon Brooks and the rest of the Jyve team for all the hard work they’ve put into making Jyve come alive, and special thanks to Brandon for taking the time to speak with us.

Jyve launched about two weeks ago. How has the response been thus far?

It’s been great man! We have over 250 musicians on the app and 7 venues in 13 states. More importantly, we’ve received tons of feedback on features that venues and musicians would like to see.

Can you tell me a little about how you got the idea to make this app?

For sure. For one of my entrepreneurship classes, we had to come up with an idea to pitch to the class. So, instead of doing something random, I asked myself, “As a musician, what bothers me…what could make my life easier? I asked a group of other musicians and we all came to the same conclusion…there’s no way to see and connect with all of the musicians in your area. So, I went to the next class with an app idea called, BookMeAGig…there couldn’t have been a worse name haha. From there, I did the Wild Pitch competition and was challenged to find out if there was a similar problem for venues…there was. Most restaurants/bars were using Facebook, text messages, phone calls, emails to find and schedule musicians. Some were still using pen and paper…WHAT?? This was shocking but also validation. I then got accepted in to the ICAT (Interdisciplinary Center for Applied Technology) program at the college and Jyve was birthed.

What was the biggest challenge you’ve had to overcome?

One overarching challenge is just being a 23 year old entrepreneur, especially in the industry you work in. So far, there’s been no “off” button. Even when I’m hanging out with friends at restaurant/bar that has live music, Jyve will always come up. It’s a blessing and a curse. But by far the biggest challenge for me was, when I lost my original developers. Around Fall of 2015, I lost my two developers. One was an exchange student from Brazil and the other a freshman. It just so happens that I was in the middle of planning my senior recital and graduating in December. I was so close to quitting. But, one of the biggest lessons I’ve learned is that of persistence. Being persistent to key to success.

How did you select your team?

They selected me lol. Literally. My right-hand man and sales guy, Will Bragunier legitimately slid his phone across the table and told me he wants in…keep in mind this was the first time I met him. As for the developers, that took some time. I went through CofC’s and CSU’s Computer Science program, a few agencies around town but no luck. Especially since I had no money. I was about give up when I decided to give craigslist a try. I thought it was a lost cause, until my post recirculated in a tech forum in Charleston. That’s when Tyler Hall and Michael Buhler reached out to me. No lie, they were a breath of fresh air. They have the complete package…they’re musicians who, are as equally passionate about Jyve’s mission, they’re hustlers who knows what it takes and are beasts at what they do. That’s what I mean by they selected me.

Any new features in the works?

Yes. Our latest release was ‘fan engagement’, this means that now a person who just wants to see live music in their city can download the app. This becomes a win-win-win situation, where the musicians and venues have direct access to their fans and where fans have the answer of “who’s playing tonight”. Our next few features include, allowing payment through the app and allowing musicians/bands to request to play at a venue (if they allow).

What are you most excited about right now?

I’m most excited about seeing my team grow together. It seems like we’ve hit a ton of roadblocks but we’ve figured it out as a team. We’re in the Harbor Business Accelerator which gives us an opportunity to have mentors and pitch at DIG South. Also we were accepted into a tech conference called, Collision that takes place in New Orleans during Jazz Fest. We’ll be matched with potential investors and a chance to exhibit in front over 20,000 attendees. We have a lot going on but that’s exactly how we want it.

Where do you hope to stand one year from now?

How would you define success?

If you haven’t yet downloaded Jyve, it’s available for free on the iTunes App Store. Whether you’re a musician, venue, or just fan, Jyve is a must-have app for planning gigs to play or attend. Perhaps the best part about Jyve is that the more people who use it, the better it gets. Download it and be sure to tell all your friends and help spread the word! 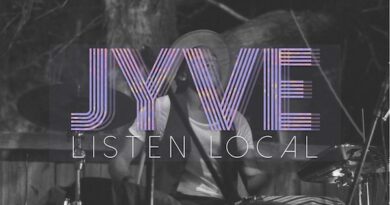 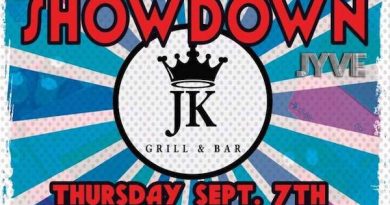