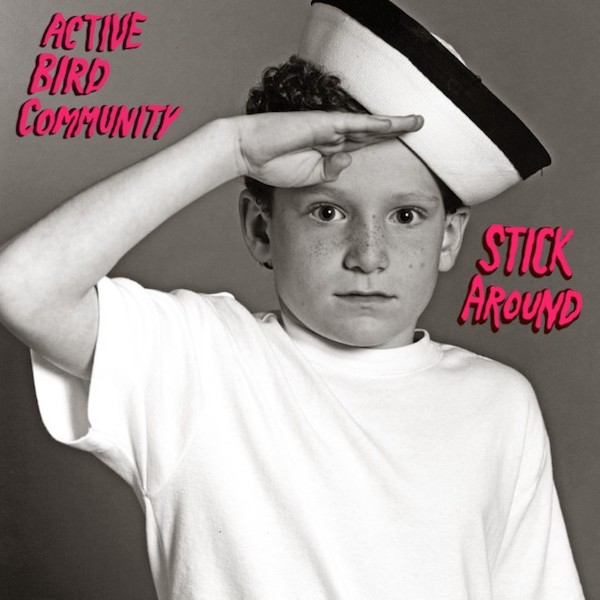 Last month, Brooklyn-based garage rock band Active Bird Community released their sophomore album Stick Around. To put things simply, Stick Around is a record about the confusion that goes along with growing up. The lyrics touch upon the many feelings attached to this confusion, including (lack of) love, responsibility, and eventually a refreshed perspective and the realization that you will always be a work in progress. Overall it’s a fun album that I think everyone can relate to in one way or another.

When you press play on Stick Around, a certain youthful energy starts to seep out of your speakers and eventually fills the room around you. This starts with “QB Sneak”, which was also the first single, and continues throughout the entire record. “QB Sneak” draws a clever comparison between a hazy life that’s supposed to have some direction but doesn’t, and a quarterback trying to pull off a sneak against a strong defensive line. The lyrics could also be referring a different type of QB sneak, but we won’t get into that. This song will make sense to anyone who’s felt the weight of expectations and wanted to shrug them off and run far, far away. Which I’m pretty sure includes all of us.

Many of the songs are short, averaging at just over two minutes but they all have a clear statement and the capacity to be jammed on pretty heavily. Stick Around touches upon the anxiety you feel when faced with obstacles like talking to a potential significant other, or figuring out a career path. You just don’t know what to do first and it makes your head explode so instead you just crank up some music and crack a beer hope it makes your problems go away.

Any time I’m listening to a record and think about how sick it would be to see the band play it live, I know I’ve found a good one. With Active Bird Community’s Stick Around, “Out From Under” is the song that first gave me that impression. It opens up at a high tempo with a wailing guitar that builds and builds, and then drops into a laid-back, catchy hook. Then it dives right back into that high tempo that makes you want to bounce around in a crowd.

I’ve included a Spotify stream of Stick Around by Active Bird Community below. Give it a listen and if you like it tell your friends about it. We’ll keep up with Active Bird Community’s tour schedule and if they ever come to Charleston you’ll be hearing about it on Extra Chill. Cheers.