As I rode through the streets of downtown Charleston, watching the raindrops race down the windows of the 213 Carta bus toward the Music Farm, I had an overwhelming feeling the four up-and-coming local bands that were about to perform would turn this dreary evening into a night of original music, unique band compositions, and chill-inducing harmonies – and I was right. This was the first annual Back to School Bash, presented by Charleston’s 98 Rock and Rusty’s Cool Guitars. Below you’ll find a bit about each band’s performance, as well as some photos I took during their respective sets.

Formed in 2010, Summerville natives Orange Doors were the first to grace the stage at the Back To School Bash. Lead singer Ian Russell, sporting a bathrobe that gave off the vibe of “don’t worry about us, we’re just here to rock out.” And rock out they surely did. Their psychedelic indie rock sound purely radiated throughout the venue and the unique brass accompaniment of a trombone and tuba added an aspect of depth to their sound that kept me engaged through their entire performance.

Every time brass player Jackson Inabinett started to gear up his lungs, I knew there was about to be a special moment in the song. Keyboardist Michael Ewens had no problem switching over to shred bass guitar solidified this group of musicians as extremely multi-talented. With Thomas O’Brien flawlessly leading the pace through detailed drum rhythms, guiding all the voices and instruments blasting from the Music Farm speakers, each song was a unique journey, taking me through intense-blood-pressure-rising buildups into unexpected, slow, and beautifully melodic breakdowns. Orange Doors truly was able to make each song a unique experience.

I was lucky enough to get a quick Q&A with lead singer Ian Russel. Read our brief interview below.

“Orange Doors” is an interesting name. Where did it come from?

“Orange Doors” originated from my Dad actually. We were in the car one day, talking, and I said something and he mistook it for “Orange Doors”. Yeah, not the coolest story. Our first band name was: Astro Chompers, then Barbara Manatee, then More the Manatee, then Orange Doors.

If you could share the stage with one band at your next performance, who would it be? And why?

If we could share the stage with any artist, it would have to be the mighty Led Zeppelin. They are my all time favorite classic rock band. You just can’t beat them.

The brass is a unique and powerful addition to your line-up and genre, did anything specific inspire bringing that into the mix?

All four years of high school I played and marched tuba in the band. During my junior year, I taught Jackson how to play tuba and he now plays for us. Our music is marching band influenced as I was heavily inspired from it during those years.  Brass leaves an impact on me that no other instrument can.

Stream the new single, “Sip” by Orange Doors below, and don’t miss their show with Jordan Esker & The 100% at The Vinyl Countdown on October 1st!

Shortly after Orange Doors wrapped up their excellent set, our second band of the night, Drunk Couples, took the stage for some high-energy headbanging punk metal, or as they describe it: “party punk.” The overwhelming strength and energy the trio of produced was impossible to avoid, and within their first three songs, mosh pits and dancers alike started to scatter the once neatly-packed crowd all the way up to the Music Farm stage. I could see from the look on lead singer and guitarist CJ DeLuca’s face the pure passion he has for the lyrics and music that the Drunk Couples create.

Perhaps my favorite words of the night were: “Let’s bring this Holy City some hell!” Because for one, who doesn’t love a good Charleston reference, and for two, it vitalized the crowd to an epic extent. CJ’s energy combined with the foundation-building bass lines of Paul King and the heart pumping drum rhythms of Andrew Barnes was irresistible. I couldn’t look away or predict what would come next – two symptoms of a truly awesome performance.

Drunk Couples have released two albums thus far, including their newest full-length album, Blasted, and also their debut EP, Cruisin’, which are both dope and worth checking out. I’ve included a Spotify stream of Blasted below, and you can find Cruisin’ on Spotify as well.

After seeing what Orange Doors and Drunk Couples had to offer, I wasn’t sure if the remaining bands were going to be able to raise the bar any higher, but sure enough, Action City Blackout took the stage and blew me away with their old-school straight rock & roll metal style. Their stage presence was absolutely infectious, namely due to the chemistry among the band members. I was lucky to catch a quick chat with lead singer, Emily Richards after their set and she told me that they have been together since 2009, but she has sung with their guitarist for fifteen years, and the years of experience playing together really showed through their stage presence. Emily also let me know that they are currently writing and working on their next album, due out sometime in 2017.

Guitarists Collin Debruhl, Ron Reddick, Jack Hunter, and bassist Ryan Thrashhurst were constantly in each others faces while simultaneously annihilating their fret-boards, showing just how naturally playing with each other comes for this Charleston band. I love seeing bands share the microphone and generally pump each other up because that energy radiates to the crowd, and with the heart-pumping drum rhythms of Josh Martin thumping through the Music Farm speakers, it was hard not to move, mosh, dance, whatever you wanted, freedom of throw-down choice.

Stream Action City Blackout’s rockin’ self-titled debut via Spotify below, and see for yourself what they’re all about. Follow them on Facebook and Instagram to stay up-to-date on this dope local band.

The last group, Madam Adam, approached the front of the stage confidently, clad in all white and looking fresh. The four Charleston locals, lead vocalist and guitarist Scott Gould, bassist Kenny Varner, lead guitarist and vocalist Alan Price, and drummer Matthew Reindollar, have been putting the Charleston music scene on the map by touring with and opening for major acts such as Halestorm and Sick Puppies, and the atmosphere they created on stage at the Back to School Bash showed that they were ecstatic to be playing in their hometown, at a venue as respected as the Music Farm nonetheless.

Their set was extremely unique, but my favorite part had to be their use of a synth and drum machine to trigger voice samples, something that usually isn’t done over such a rock ‘n’ roll sound, but it worked beautifully and was extremely compelling. The synthesizer was most notably used to create a heavy warm bass sound that built up until it dropped into the sweet harmonies of Madam Adam’s electric guitars. They executed this flawlessly and it really kept me engaged with the rest of the song and their set in its entirety.

Stream Madam Adam’s 2015 release, Rite of Passage via Spotify below, and be on the lookout for more of their shows in Charleston and beyond.

This year’s First Annual Back to School Bash was an amazing success. It was great to see so much of the Charleston community come out to support such talent-filled music. It was truly incredible to see people singing along, belting the lyrics with these local bands, a sign of true passion and a sign of the Charleston music scene really bringing people together and growing as a whole. 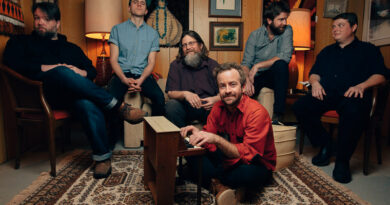 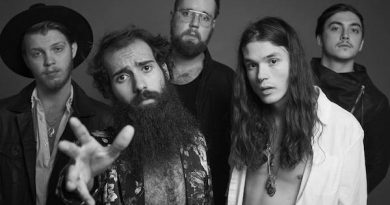 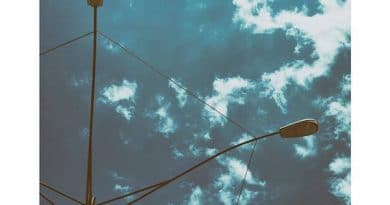 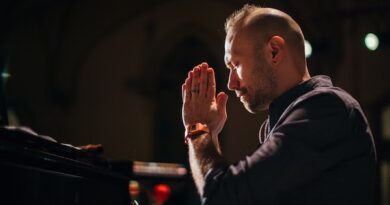 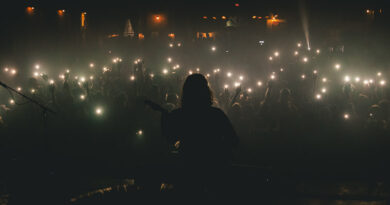 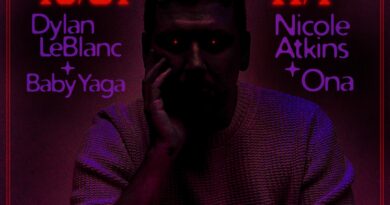