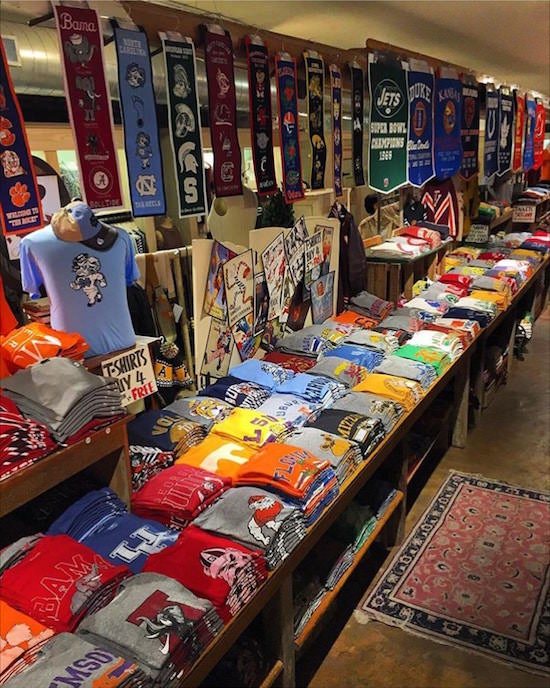 The Vault was more than just a t-shirt shop. There was a special vibe in there that couldn’t be found anywhere else, and it’s a shame to think that its finally coming to an end. From the classic rock blasting through the speakers, to the antiques scattered all over the walls and hanging from the ceilings, to the blended scent of dusty shelves and brand new retro t-shirts. I couldn’t have asked for a better place to work during my years at the College of Charleston, and another year after graduation.

Wayne Welden, owner of The Vault, was the chillest boss I’ve ever had, and probably ever will have. He was always filled with stories about growing up in Iowa, working as a golf pro in Myrtle Beach, and other general accounts of the debauchery that comes with growing up. He didn’t mind if we came to work hungover from time to time, so long as we had a good story to go along with it. He even bailed our manager out of jail once. Plus, he was always open to giving raises to deserving employees, and he was really flexible when it came to scheduling and requested days off. It doesn’t get much better than that.

I can attribute most of my knowledge and taste for classic rock to my years spent working at The Vault. We had a variety of different Pandora stations on rotation at the store, and there was but one rule: nothing newer than 90s music. Some of the most common stations were Tom Petty, The Rolling Stones, Creedance Clearwater Revival, and The Grateful Dead. Of course, there was some Carolina Beach Music thrown in there, but I wasn’t much of a fan, so that stuff didn’t really stick with me. The rock music was awesome, though, and Wayne was filled with concert stories and random facts about all things pertaining to music.

Another cool thing The Vault was that the store was split down the middle, with the women’s fashion boutique, Haute Hanger, on the other side. The owners split the rent, and the two stores got along as best we could. The split store worked out really well for the customers, and it worked out about half the time for the employees. There were some days when tensions were high between the two stores, but for the most part we had a mutually beneficial relationship.

The two stores signed a 6 year lease agreement with the owners of the building, and as of the end of July the terms of the lease have ended. The owners decided to double the rent, and despite Wayne wanting to stay in the building, the landlords decided to bring in a major retailer instead, thus rendering The Vault homeless. Wayne tried to secure a new spot downtown, but since there was such short notice The Vault was unable to find a new home in Charleston. The Haute Hanger has moved to Market St. and re-branded as SHOP.

The closing of The Vault marks the end of an era for both the employees of The Vault, who all worked there for at least a year or two, and the loyal customers who came back every time they were in town. Small, local businesses are being pushed off King Street one by one, and the beautiful city of Charleston deserves better than that. Having unique places to shop such as The Vault is part of what makes Charleston such a great city, but with the major growth we’ve been experiencing over the years, more and more major retailers are coming to town and are willing to pay much higher rent prices than small business owners can afford, which effectively screws the little guy and further gentrifies the city.

Luckily, The Vault has another location up in Greenville and the entire operation will be moved up there. Still, The Vault Charleston was the original, and it’s sad to see it go. As a closing note, I want to say “Take It Easy” to Wayne, Steph, and the rest of The Vault team. Thanks again for three great years of employment! 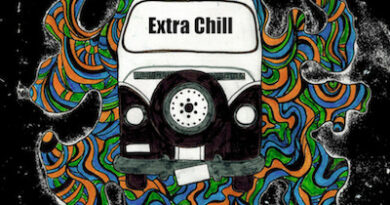