In honor of Motion City Soundtrack currently being on their final tour, I wanted to share this cool video I found of them playing their iconic album Commit This To Memory in its entirety at Lincoln Hall in Chicago, Illinois. As evidenced by the crowd belting out the lyrics to every single song, many people truly did commit Motion City Soundtrack’s epic album to memory. The crowd singing along may ruin the video for some, but I actually like it because it showcases how much the fans love this band. Plus, they sound great live, almost exactly how they sound on the record, except better. If you have a chance to make it to one of their final shows, this video should be enough to show that you seriously won’t regret it. Enjoy, and long live Motion City Soundtrack.

p.s. – Commit This To Memory was produced by Mark Hoppus from blink-182. 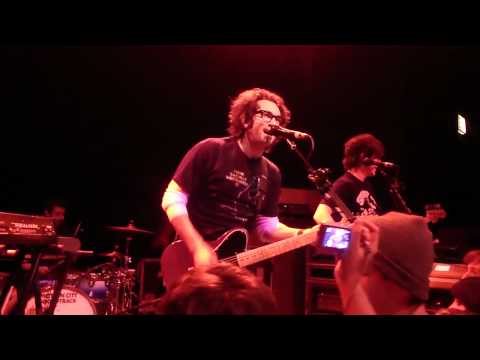