I’d say the Allman Brothers Band basically ran the world of southern rock back in the late sixtes to early seventies. Their sound is incredible, and this performance showcases them at their best. This performance of “Whipping Post” is from 1970, filmed at the Fillmore East in New York City, as part of some sort of documentary the venue was working on, with a bunch of artists coming in to play. You’ll also notice that this is the original Allman Brothers Band lineup: Gregg Allman, Duane Allman, Dickey Betts, Berry Oakley, Butch Trucks, and Jai Johanny ‘Jaimoe’ Johanson.

Sadly, Duane Allman died in a motorcycle crash in October 1971, and the band really took a hit. Duane Allman was an incredible guitarist taken way too young, being only 24 years old when he died. That’s one of the reasons that this video is so special, we get to see Duane Allman on guitar, in full form and kicking total ass. “Whipping Post” is easily my favorite Allman Brothers song because it hits so hard, and this performance does full justice to that, and then some.

Up next: Neil Young – Everybody Knows This Is Nowhere (Live 2008) 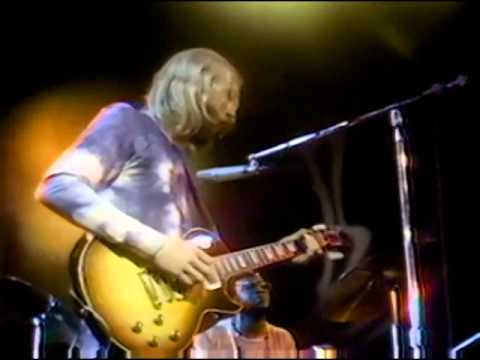