Here’s a feelgood performance of a feelgood Jackson Browne song. Most of his songs are pretty slow and depressing, but “Running On Empty” has a really hopeful, moving on vibe to it. It’s the perfect song for when you’re ready to do something differently than you usually do, but you don’t really know what that is or how you’re going to do it. You’re “Running On Empty”, and Jackson Browne wrote this song for you. Probably not, but you get the point. Enjoy.

Up next: Grateful Dead – Stuck Inside Of Mobile With The Memphis Blues Again (Live 1989) 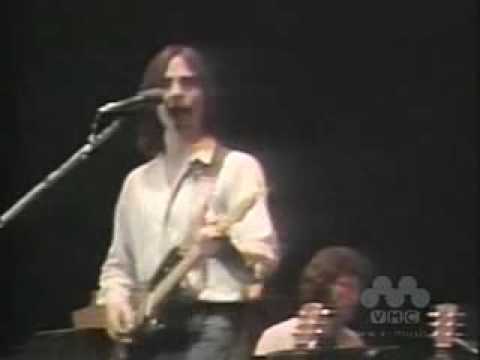